Neuro-Laser Foundation asked editorial advisor and LA-based David Jahr to go behind-the-scenes to help share the “untold story” of the controversial  “Concussion” movie. The “Untold Story,” which was published on PsychologyToday.com, refers to the advanced tools and treatment available now to help prevent concussions, and how to reverse brain damage caused by concussions — ultimately avoiding the ravages of CTE (Chronic Traumatic Encephalopathy). Reporting for Newswire.net, David’s media pass gave him all-access from the red carpet. Here are a few candid photos from the Chinese Theater on Hollywood Blvd’s Walk of Fame, November 10, 2015.

David Jahr, editorial advisor for Neuro-Laser Foundation, takes a “selfie” from the red carpet, literally behind-the-scenes for the World Premiere of the movie “Concussion,” featuring Will Smith.

The Chinese Theater rolled out the red carpet in preparation for a star-studded, and important evening for our work.

Good luck trying to get past this gatekeeper, checking the all important invitation-only “guest list.” However, David was graciously allowed in the media and VIP areas. Unfortunately, his media pass did not allow him in to watch the movie or attend the following gala.

Behind the VIP line on Hollywood Blvd’s “Walk of Fame,” heading to the Chinese Theater for the premiere of “Concussion.”

Bob Costas, sports broadcaster doyen, breezes past the red carpet to watch one of the biggest controversies in sports unfold on the big screen.

After dashing across the street to greet fans behind barricades, actor Will Smith strolls onto the red carpet with his typical grace. Smith plays Dr. Bennet Omalu, who discovered CTE among NFL players.

The red carpet flashes reached a fever pitch, buzzing with anticipation for the movie.

The movie “Concussion” poster from the red carpet begs the question, what’s being now to help these athletes? We call it the “untold story,” which was published on PsychologyToday.com.

Hollywood stars were below our feet, and in front of our eyes at the “Concussion” movie premiere. 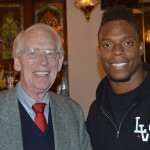 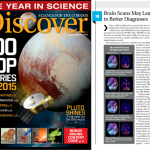