CENTENNIAL, Colo. (August 21, 2015) — A new study published today in the journal, Neuropsychiatric Disease and Treatment, is being hailed as a “medical breakthrough” in the treatment of traumatic brain injury (TBI), which plagues millions of athletes, military veterans and first-responder professionals.

The study, “Treatments for traumatic brain injury with emphasis on transcranial near-infrared laser phototherapy,” found that a specific high-powered, near infrared light (NIR) can effectively re-energize damaged brain cells after penetrating the skin and skull. All the patients in the study reported significant clinical improvement in their condition with no negative side effects, according to Theodore Henderson, MD, PhD, who co-authored the study along with Dr. Larry Morries, and Paolo Cassano of Massachusetts General. This is the second largest study of NIR for brain injury and the only one using the more powerful Class-IV laser to deliver NIR, Dr. Henderson said.

“This is a real medical breakthrough,” said Dr. Henderson, co-founder of the Neuro-Laser Foundation. “For those who have bounced from one doctor to another looking for answers to TBI, we invite you to look closely at what we’ve found and you will regain hope.”

The Centers for Disease Control report over 2.5 million emergency visits for concussions and TBI annually, said Dr. Henderson. Athletes with multiple sub-concussive blows and military veterans with TBI (over 307,000) also have lasting symptoms. These symptoms can include headaches, speech irregularities, confusion. memory slips, lack of impulse control, sleep disturbance, anxiety, depression, and for some, suicide.

The study occurred from 2011-2013 with 10 people diagnosed with chronic mild-to-moderate TBI as a result of involvement in athletics, military activities or as first-responders. The treatments included 10 transcranial applications of high-power NIR over the course of two months. Using a Class IV laser and pulsed light, each treatment took less than 60 minutes. Previous studies with low-powered NIR had shown on transient benefits. In this study, Morries and colleagues report benefits lasting for years after treatment.

The exciting news is that NIR light, in the 10-15W range at 810 nm and 980 nm, can safely and effectively treat chronic symptoms of TBI, Dr. Henderson said. However, he cautions that low-powered NIR or diode-based infrared light does not even penetrate the skin, so not every type of NIR treatment would be as effective as what Dr. Morries and colleagues have published here.

“We have seen the effectiveness of NILT transform people’s lives. Now, we plan on making this treatment more widely available,” said Dr. Henderson.

The Neuro-Laser Foundation (NLF) is a non-profit organization based in Denver, Colorado, dedicated to advancing technology and treatment that will increase quality of life for people impacted by traumatic brain injury and other complex psychiatric conditions.

More information is available at tbi.care. 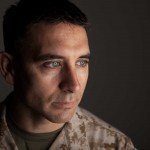