“This discovery is breakthrough information for anyone diagnosed with either TBI or PTSD or both,” said Theodore Henderson, MD, PhD, a co-author of the study, published last week in PLOS One, the seventh most cited medical journal in the world. “Now that we can tell the difference between TBI and PTSD, clinicians can apply more targeted and appropriate treatments, and achieve advances with their patients.”

Believed to be the largest functional neuroimaging study (“Functional Neuroimaging Distinguishes Posttraumatic Stress Disorder from Traumatic Brain Injury in Focused and Large Community Datasets”), researchers used single photon emission computed tomography (SPECT) to obtain biological differences between TBI and PTSD in the brain. This neuroimaging method and landmark study “demystify” these two conditions that both may appear with symptoms like anxiety, depression, mood dysregulation, irritability and other cognitive breakdowns, according to Dr. Henderson.

“This study contained a subset of closely matched patients and a larger dataset of “real world” patients with multiple psychiatric or neurological conditions. The accuracy of the closely matched study was 100% which replicates our research on Veterans with TBI or PTSD (wherein the accuracy was 94%). It clearly delineates the potential of SPECT as a biomarker in differentiating TBI from PTSD – a critical issue for anyone suffering from symptoms with no answers,” said Dr. Henderson, a Denver-based psychiatrist specializing in treating complex conditions.

Dr. Henderson emphasized the importance of obtaining an accurate diagnoses for TBI or PTSD. “They may have similar symptoms, but treatments are very different,” he said.

“For example, some treatments for PTSD can actually be useless and possibly even harmful for TBI,” said Dr. Henderson. “Plus, TBI can refer to injury to any part of the brain, which would require different treatments as well.” (See PTSD-TBI Treatment Variations.)

Dr. Henderson said this news will be particular noteworthy for the millions of Americans who have played contact sports, citing sport-related concussion incidence rates being reported to top 3 million per year, according to the Center for Disease Control. “I hope to reach out to all the active and retired football players and athletes suffering from either of these conditions.”

One of the latest treatments for TBI includes applying infrared laser directly to the skull of the injured area of the brain. Called transcranial near infrared light therapy (NILT), Dr. Henderson has seen clinical improvements among his patients, as this study reports.

Theodore A. Henderson, M.D., Ph.D., specializes in the diagnosis of complex adult, child, and adolescent psychiatric cases. Board certified, Dr. Henderson earned his Ph.D. in developmental neurobiology and has been widely published in journals of psychiatry, medicine, and nuclear medicine. Based in Denver, Dr. Henderson can be reached at 720-493-1101. More information available at: http://childpsychiatristdenver.com/.
# # # 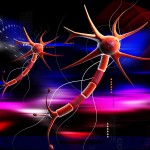