DENVER, CO, USA, February 21, 2017 /EINPresswire.com/ — A painless and non-invasive procedure that stimulates brain restoration processes has proven to be an effective treatment in clinical studies of traumatic brain injury (TBI), which until now has been considered incurable. Now, using the patented method and equipment, the non-profit Neuro-Laser Foundation seeks support for a new study that will help make the treatment more widely available across the United States.

The new treatment is spearheaded by Drs. Theodore Henderson and Larry Morries, co-Founders of the Neuro-Laser Foundation, who are on the forefront of studying the effectiveness of treating TBI patients using high-powered, multi-Watt near-infrared light (NILT). In the last 18 months, they’ve published five studies in peer-reviewed journals related to their work understanding how the, now termed “neuro-laser,” heals the brain.

With March being Brain Injury Awareness Month, Dr. Henderson published a video today outlining the 2017 campaign to “Fight the Hidden Epidemic” which includes the largest, placebo-controlled TBI trial of its kind.

“Then, we are confident modern medicine will accept this method to help the millions of people who suffer almost without hope from effects of traumatic brain injury,” Dr. Henderson said. “Given the attention that concussion and TBI is garnering in research and the media and the potential application of NILT to various other neurological conditions, this is one of the hottest topics in neuroscience today.”

The doctors and Neuro-Laser Foundation have launched a grass-roots campaign to raise $960,800 through the “Say Goodbye TBI 2017” campaign to fund the research and to provide financial aid for military veterans, first-responders and others who may qualify.

The campaign kicks off with the inaugural TBI Gala on Sunday, April 30 at the Inverness Hotel & Conference Center in Denver. Ticket discounts and sponsorship opportunities available at www.TBI.care/gala. The silent auction features wines, fine photography, and original artwork by Colorado artists, such as Pam Spika.

The Neuro-Laser Foundation (NLF) is a non-profit organization in Denver, Colorado, dedicated to transforming lives of those distraught with various psychiatric and neurological conditions, some resulting from traumatic brain injury (TBI). Building on more than 30 years of studying the effects of near-infrared light on cells and tissues, the Foundation is advancing technology and treatment approaches that will increase quality of life factors for people impacted by TBI.

The Future of TBI Treatment 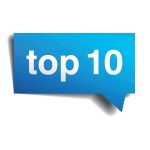 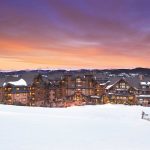