In the last 18 months, Drs. Theodore Henderson and Larry Morries have published five studies in peer-reviewed journals about their research on the latest in diagnosing and treating traumatic brain injury (TBI). Last year, Discover Magazine ranked a study conducted with Dr. Henderson at No. 19 of the Top 100 discoveries of the year.

Medical media is beginning to recognize the life-changing impact of this work. The international Haymarket Medical Network announced this month  the top “10 Practice Changing Developments of 2016.” At No. 8, is an article published in late December by Dr. Henderson entitled “Advanced Neuroimaging Can Guide Intervention in Traumatic Brain Injury.” The complete Top 10 list is here.

Below Dr. Henderson summarizes the difficulty with distinguishing TBI from PTSD because of the overlap of symptoms like persistent depression, memory loss, anxiety, and irritability.

The Key to Diagnosing TBI

Diagnosing traumatic brain injury (TBI) correctly is not easy. Even the Veterans Administration admitted to misdiagnosing 24,000 Veterans, who were treated for something other than what they actually had —TBI. It’s a complex process to get an accurate diagnosis, with complications along the way. Here’s an overview.

Perhaps the key complication is that the symptoms of persistent mild-to-moderate TBI have tremendous overlap with those of posttraumatic stress disorder (PTSD), a mental disorder that can develop after a person is exposed to 1 or more traumatic events. These overlapping symptoms include headaches, fatigue, irritability, cognitive difficulties, anxiety, sleep disturbance, memory impairment, difficulty concentrating, and emotional dysregulation. More than one-third of Veterans with PTSD also have TBI. Within the first 2 years after returning from deployment, the estimated costs associated with the treatment of PTSD and major depression for 1.6 million service members ranged between $4 billion to $6.2 billion.

Moreover, this is not just an issue for the VA, because civilians are affected daily by TBI. The Centers for Disease Control and Prevention estimated that 1.7 million Americans sustained TBI every year. The current estimates of combined  sports-related concussions and brain injuries in the United States are 1.6-3.8 million each year. The costs of civilian concussion and TBI were estimated in 2010 at $11.5 Billion in direct medical costs and $64.8 Billion in lost wages/productivity.

Computed tomography (CT) and magnetic resonance imaging (MRI) are often the first choice for imaging in the case of suspected TBI. However, they are anatomical scans and often miss the subtle injuries to the brain. The brain is a delicate organ and even subtle injuries can cause major functional problems.

Recent research has focused on new ways to use MRI to ferret out more information from the brain. In April 2016, a group under the direction of Gerald Riedy, MD, PhD, at the National Intrepid Center of Excellence, using a high-powered 3 Tesla MRI, were able to find evidence of white matter T2 weighted hyperintensities in 51.8% of those injured. Assuming all who were exposed to blasts had a brain injury, this technique picked up between 62% and 82% of the mild-to-moderate TBI cases.

The challenge is to get this highly refined technique to work in the average MRI in the average VA, military hospital, or in the field. That hurdle has yet to be overcome, and when it is, the accuracy will likely be lower than the range of 62%-82% achieved in the research setting.

In another study led by Cyrus A Raji at UCLA Medical Center among other colleagues and I, analyzed more than 20,000 SPECT scans of patients with TBI and/or PTSD compared with controls and found that quantitative analysis allowed a high level of discrimination between the different conditions — with greater than  94% accuracy. This work delivered a very strong message: SPECT can unravel a distressing conundrum for those who treat veterans. The differentiation of TBI and PTSD and the combination of both conditions has been a daunting task for military and veteran services. New applications of an “old” technology may include efficacy testing and clinical monitoring in the way that Neuro-Laser Foundation is utilizing SPECT to monitor the brain response in patients with TBI as they receive our patented multi-Watt infrared light phototherapy treatment. 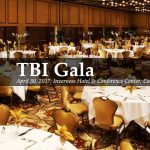 Campaign to “Fight the Hidden Epidemic” for the Millions with TBI, ConcussionsMedia, News