On June 8, 1967, the U.S.S. Liberty was cruising seventeen miles off the coast of Israel and Egypt in the international waters of the Mediterranean ocean. That was day four of the “Six-Day War” between  Arab and Israeli forces. The ship was an intelligence gathering ship, not geared to defend itself.  Without warning, the ship was attacked by Israeli fighter jets and torpedo boats. Thirty-four Americans were killed and 174 more were wounded.  The decision was made by the US Government to cover up the attack. Crewmen were forbidden, under penalty of imprisonment, from telling anyone about the attack. This left the survivors in a terrible bind. Among them was Petty Officer William. We are honored here to have William share his story below.

The first thing Bill said to Drs. Henderson and Morries was, “I’m no hero. I don’t need kudos for serving my country.”  We cannot disagree more vigorously.

Bill told his story this way…

“We were on assignment to observe and were in international waters. The Israeli jets had done fly-bys several times that day. Suddenly, they began diving at us, firing their machine guns, and killing several sailors. Then they used rockets. Israeli torpedo boats also attacked.  At the end, they dropped napalm.

I was wounded on the first pass.  A piece of shrapnel hit me in the lower back, smashing my tail bone and sending a piece of the shrapnel drilling into my spine and coming to rest against my spinal cord.  This left me paralyzed from the waist down.  I also had numerous small cuts from broken glass and small bits if metal. The guy I was with was dead, but it was impossible to stop and mourn since everything seemed to be exploding and burning around me.

The captain tried to maneuver away but he could not outrun torpedo boats. Then there was a horrific explosion that seemed to lift the ship out of the water.They torpedoed us in one last attempt to sink us. Many of us received brain concussions in those blasts. There was a 35 foot hole in the side of the ship.

All we could think about was why an ally would be doing this to us.

We also couldn’t figure why no help came. We did not know this but the USS Saratoga had started to send aircraft, but then they were ordered back to their ship. We were all alone with a damaged ship and more wounded than able-bodied. The dead were put in the food lockers and most of the wounded were laid out in the mess decks. Those unhurt were trying to put out fires, tend to the wounded or keep the ship afloat. The captain was also wounded and was doing his best to keep the ship afloat and moving toward safety.

I was lucky in that I was sedated enough to kind of sleep through the night, but I still could see in my mind’s eye what happened. The next morning help finally arrived and there were sounds of helicopters hovering around, hoisting litters and taking wounded to the aircraft carriers and some to cruisers.  It’s funny how the sounds of helicopters never leave you.  It’s easier now that helicopters are different than back then.  They sound different and don’t bother me now.

When I finally got back to the states, I was sent to a naval hospital in New York. They decided to leave that piece of shrapnel in my spine alone because they were sure it would work its way out, and that would be safer than trying to remove it.

When I woke up from surgery in that hospital, I could not believe the horror that awaited me. Not my own wounds. Rather, it was the sights and the smells of the wounded all around me.  I could smell the meat. It took me years before I would smell any raw meat without having flashbacks.  Those images haunt me to this day.

Because of the cover-up of the Liberty attack, I was quickly isolated from the other men. I was visited by men in suits and told I was not to tell anyone about what happened on the Liberty.  This was under threat of imprisonment or worse. I spent two years in that hospital recovering and then undergoing rehabilitation for my spinal injury.  I kept that secret.  I kept that secret for over thirty plus years.

I’m not sure anyone can fully appreciate the isolation, pain, and unresolvable trauma caused by the cover-up of the USS Liberty attack. My parents, my comrades, my friends, even my first wife never knew what I had seen and what I had been through.  When I finally could tell people about the incident, most had never heard of it. How could that be?

There is much to my PTSD. Part is the disappointment in my own government in what I consider a coverup to protect an ally and to save votes and face. This has led to my distrust about a lot of things.  The government, doors and windows not being locked, people not telling me the truth…  I also dealt with depression, anger and rage, which probably contributed to my divorce from my first wife.

The nightmares still come and go I still remember that dead guy on the deck next to me, and I still hear the sounds and feel the fear. I still jump at the sound of a jet when it screams by and I’m not ready for it.Those are all part of my PTSD, but also a part of my life.  I’ve lived with it for so long.

Dr. Henderson showed me my brain scan. He said it showed a concussed brain. Chronic post-concussive syndrome and PTSD he called it. He offered the infrared light treatment and explained how it all worked.

Bill never received a Purple Heart. He never received the appreciation of his Nation or his countrymen for his sacrifice. He suffered in silence for 30 years, because he was forbidden to talk about the source of his emotional and mental trauma. Moreover, his brain injury was never recognized. Since the symptoms of TBI and PTSD have such large overlap, the Veterans Administration often only recognizes one of them. Indeed, the VA recently admitted that it misdiagnosed TBI in over 25,000 Veterans. So Bill, like so many other Veterans went undiagnosed and untreated.

Well, its time to right a long-standing wrong.

Today, we want to honor this American Hero, among the others aboard the USS Liberty. We want to acknowledge his personal sacrifice and his physical and emotional injuries. Thank you! 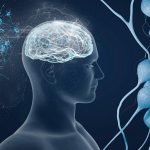 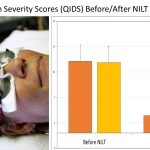