In front an estimated 300 guests, Dr. Henderson outlined common practices that anyone seeking psychiatric care need to know. Additionally, he introduced his recent findings showing the efficacy of treating depression and traumatic brain injury using a “neuro-laser.” This high-powered, multi-watt near-infrared light (NILT) is applied transcranially with no skin irritation or negative side effects. But it has yet to be accepted by the medical community.

“Obtaining an accurate psychiatric diagnoses and effective treatment often feels like trying to find a unicorn,” said Dr. Henderson who specializes in diagnosing and treating complex cases and serves on the Advisory Board for USAAA. “Unfortunately, many of my colleagues may be operating from false assumptions, exaggerated claims of pharmaceutical companies, and outdated research which leads to a merry-go-round of medication trials with limited success. This has resulted in a profession fighting for its own credibility.”

Dr. Henderson gave the following examples of travesties in Psychiatry:

Yet, the industry seems to resist new research as well, according to Dr. Henderson. Despite being recognized as No. 19 of the Top 100 medical discoveries of 2015 by Discover Magazine, research by a team which included Dr. Henderson showing PTSD and TBI can now be differentiated, received little attention from the medical community. The study used single photon emission computed tomography (SPECT) and a new sophisticated analysis to show a 94% accuracy, but it is dismissed by Psychiatry because SPECT is “old technology”.

Theodore A. Henderson, M.D., Ph.D., specializes in the diagnosis and treatment of complex adult, child, and adolescent psychiatric cases. Board certified, Dr. Henderson earned his Ph.D. in developmental neurobiology and has been widely published in journals of psychiatry, medicine, and nuclear medicine. Based in Denver, Dr. Henderson can be reached at 720-493-1101. More information available at: http://childpsychiatristdenver.com/, http://neuro-luminance.com/, http://www.ketamineinfusioncenters.com/ and www.TBI.care. 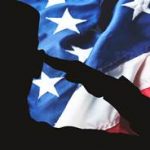 Researchers Use Teal Wristband to Signal the Importance of TBI, and Help Veterans to “Say Goodbye TBI”Media, News