The Denver Post recently ran in its Op-Ed section a guest commentary “Risks In Youth Sports Minimal,” which author Dr. Michael Kirkwood of Children’s Hospital in Colorado argues concussions risks are greatly exaggerated. Here Drs. Theodore Henderson and Larry Morries offer parents, and medical personnel, a few points to weigh in the balance, based on seeing thousands of brain scans and the most recent science.

Dr. Michael Kirkwood, neuropsychologist at The Children’s Hospital in Denver, Colorado recently opined that there was an exaggerated concern about concussions, that the movie, “Concussion” had sensationalized a benign malady, for which the “the vast majority recover completely”  (Denver Post, Sunday January 24, 2016). While his commentary purports to help distinguish scientifically valid information from bunk, his overarching message is, indeed, bunk.

Concussions are traumatic brain injuries (TBIs). Brain injuries do not simply go away. Neuroimaging reveals evidence of persistent altered brain function years after a single concussion. A study of nearly 5,000 adolescents across Ontario (Ilie et al., 2014) has shown that adolescents who have sustained a concussion were at significantly greater risk of psychological distress, suicide attempts, later requiring psychiatric medications for anxiety, depression or both, as well as being victimized through bullying or cyber-bullying.

Concussions account for more than 15% of all high school sports-related injuries. The likelihood of a concussion in contact sport is estimated to be 19% per season-almost 1 out of every 5 athletes. The Centers for Disease Control recently declared sport concussions are reaching “epidemic levels” and deserve further research. A current patient of ours suffered a severe concussion, while kickboxing in college. Afterwards, she could not think clearly. As a result, she could not complete her PhD. Ultimately, she accrued some ½+ million dollars in health care cost with only a limited response to all the treatments. She had to file Chapter 7.

Dr. Kirkwood’s own research provides further evidence this problem is hardly trivial. He and colleagues (Grubenhoff et al., 2015), reported that more than 20% of children visiting emergency rooms for concussion experienced persistent symptoms after a concussion. Moreover, 12% had post-concussive syndrome – a severe functional impairment after a concussion. While we don’t wish to tell Dr. Kirkwood how to raise his own children, we think trivializing a 1 in 5 risk of persistent concussive symptoms is a disservice to the Denver community.

Dr. Henderson and his colleagues have devoted years to developing reliable methods of identifying TBI, and now through specialized functional brain scans, with 94% accuracy we can distinguish TBI from post-traumatic stress disorder (PTSD). This quantitative analysis is unlike anything available in Denver and this breakthrough was recognized by Discover magazine as one of the top 20 scientific findings of 2015. Dr. Henderson has looked at thousands of brain scans of patients with persistent symptoms after concussion. The effects of a concussion on the brain are hardly minimal and can have lasting impact.

For example, one patient, who was a straight-A student in Advanced Placement courses had one concussion while playing high school football. Despite taking Advanced Placement Calculus, he suddenly could not do simple one-digit multiplication. His grades dropped precipitously. Upon going to college, he had D’s the first semester and failed the second semester. He became very depressed and anxious. Then, 15 months after his one single concussion, he collapsed into a seizure while jogging. A SPECT brain scan (single-photon emission computed tomography) revealed a TBI involving his frontal lobes (studies show this location to have worse outcomes, e.g., Jacobs 1996).

Ex-NFL player Tyler Sash died at age 27 and donated his brain to study chronic traumatic encephalopathy (CTE). His brain was loaded with abnormal tau protein involved in CTE. So Tyler, only nine years out of high school, already had the signs of CTE. His brain injuries likely began when he was a pee-wee football player, extended through high school, college and his very short professional career. A study published this week (Stamm, 2016) found football players who started tackle football before age 12 had greater cognitive impairment as they age.

So, we cannot condone a laissez-faire attitude toward concussion as Dr. Kirkwood endorses. While we are working towards effective treatments for TBI, the science encourages caution and perhaps…something besides football as a sport. Track, tennis, and racquetball all train the reflexes and the body. One does not need to concuss the brain to get exercise or develop team spirit.

* CONCUSSION FIGURE LEGEND: Tc-99m-HMPAO perfusion SPECT scan data at least 6 months after concussion from a patient with a single sports-related concussion (left) and another patient with multiple sports-related concussions (right).  Areas of persistent brain injury appear as areas of decreased function (local brain perfusion is a direct correlate of function) in the top-down view (top) and the left side view (bottom). Scan data is presented as a map of statistically significant differences from a normal database. The color scale indicates gray for areas that do not differ significantly from the normative database. In contrast, areas of green, light blue, and dark blue represent areas of more than 2, 3, and 4 SD below the mean perfusion of the normative database, respectively. (Oasis software by Segami, Inc.)

Are you experiencing behaviors, feelings, or other signs that have previously been undiagnosed or misdiagnosed? The answers may be related to a traumatic brain injury — which we have treatment — or a combination of other biological, psychological and circumstances that can lead to troubling conditions. Please contact our office to experience a full diagnostic review by Dr. Theodore Henderson, who specializes in diagnosing and treating conditions, previously thought to be untreatable or mysterious. 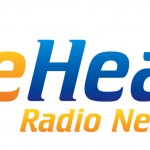 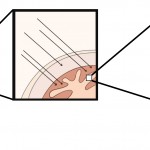