LAKEWOOD, Colo. (October 6,  2015) — For the first time in medical history, two neuroscientists from the Neuro-Laser Foundation based in Denver, Colorado have found a method to rehabilitate brain damage caused by Traumatic Brain Injury (TBI). Demand for the treatment, equipment and research has motivated them to establish the “Say Goodbye TBI” fund-raising and awareness campaign, helping put TBI in the “light.”

“TBI troubles millions of people and is a serious condition, yet until now there has been no treatment that effectively diagnoses and targets treatment to the damaged brain,” said Dr. Henderson, who co-has authored more than 30 studies published in professional journals. “Our patients, including soldiers, using the NILT method are showing clinically-significant improvement in cognitive and emotional functions.”

Two recently published studies in the Neuropsychiatric Disease and Treatment, Summer issue, demonstrate the NILT method’s efficacy; first by establishing the high-powered light applied transcranially, penetrates the skin and skull to reach the brain; and secondly, the NILT treatment indicates patients’ symptoms were reduced, and brain activity was restored with no side affects or skin irritation.

Commencing in 2016, Drs. Henderson and Morries plan a TBI Trial, which will require new specialized equipment, researchers as well as qualified patients.

“TBI often does not get diagnosed, and when it does, the common medical advice is to rest, take some aspirin and be patient,” said Dr. Morries, who has dedicated his 30-year, distinguished career to rehabilitating the brain and body. “The condition frustrates patients who are suffering with unknown reasons for emotional outbursts, memory loss, sadness or other debilitating behavior. Finally, we can say there is a treatment that works, and we plan to share this with many people, including active and retired soldiers who are looking for answers.”

Through the “Say Goodbye TBI” campaign, the Neuro-Laser Foundation hopes to put TBI on the map, and the treatment in the “light.”

“Dr. Morries and I envision studying the impact of NILT on veterans, active and retired professional athletes, as well as military personnel, and first-responders. Therefore, the foundation is seeking funding for a major research and operating initiative. More information available here.

The Center for Disease Control reports of more 2.5 million concussion and TBI emergency visits occur annually. “Moreover, many concussions are not reported, and the number of sub-concussive hits sustained over time can add up. I would estimate the problem affects one-third of our population to some degree,” Dr. Henderson said. 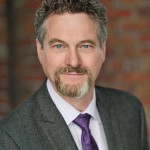